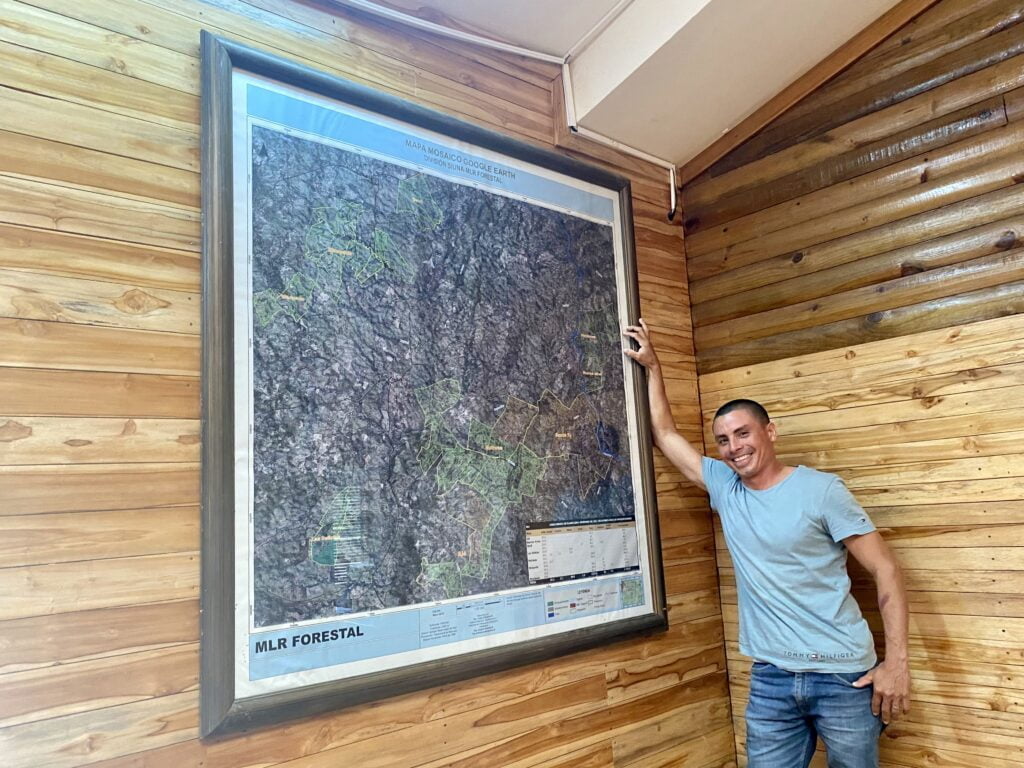 Since 2012, approximately one hundred thousand teak plants have passed through the hands of Oscar López Gómez. Many of them he himself was in charge of transporting them to the place where they would develop, others he sowed them, the others were supervised by him in the process of taking root in his permanent piece of land.

“MLR Forestal’s teak plantations started in 2010 and I started planting in what is now Mutiwas and Aló in 2012. In Mutiwas there are trees planted in 2012, 2013 and 2014, so I have known them since they were small,” recalls López.

Lopez, 39, is currently in charge of the Waylawas and Buenos Aires farms. But when at the beginning of his history with MLR Forestal it was not easy.

Already the teak plantations of the company have more than 480 thousand trees that are distributed among the more than three thousand hectares of the company; the work is constant because a number of trees per hectare must be maintained that allows the greatest possible growth of them.

A teak tree reaches its maturation between 16 years and 20 years, but in that period several “thinnings” are carried out.

“Every beginning is hard”

When López came to work at MLR Forestal, there were not even roads to move workers and plants to the areas chosen to work.

“Every start is hard. At the beginning we moved in beast, but when I started I was also assigned an ATV because there was no trail and so I moved the plants in the ATV, but as the area was sometimes very muddy, it was difficult to advance,” says López.

However, this shy forest engineer with an easy smile, knows how to do self-criticism and remember that at the beginning “I would micromanage, that stressed me, but over time I have been gaining experience and now I organize the tasks better; I have learned to delegate. It is a lot better to work that way,” he reflects.

Lopez’s thin but athletic body it is because he has always trainned for boxing, although not for fighting, but only for training, something he does alone.

Probably the most difficult situations he has experienced in MLR Forestal, he mentions, he mentions the recent hurricanes Eta and Iota of the year 2020 that caused great havoc in the company’s plantations. The company identified more than 500 hectares destroyed. “During those hurricanes, from the Mutiwas camp, I heard the trees thundering and the next day I was sorry to see them fallen.” When the rain and wind stopped, López knew that in those lands the teaks would rise again, as in fact are already being replanted.