22 species of macrofungi have made their home in MLR Forestal 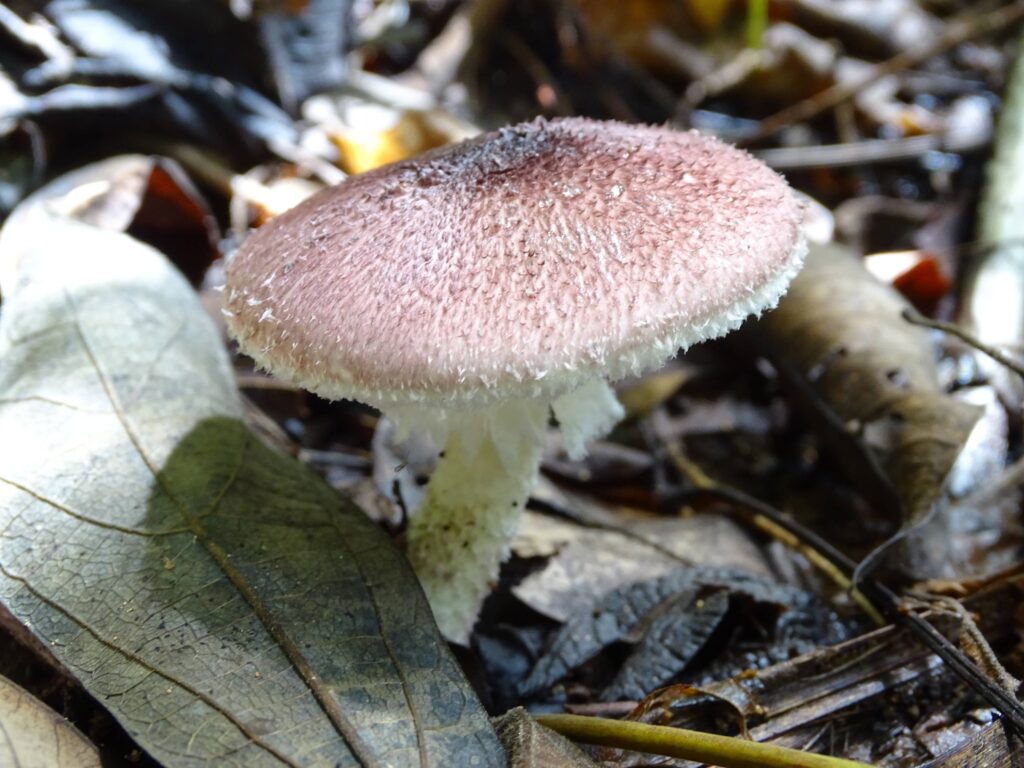 In MLR Forestal you can also find the lentinus crinitus, it belongs to the Polyporaceae family, it comes from the Greek words polis which means many and porus which means pores. This refers to the composition of the hymenium of the species, the hymenium is what is under the cap and is where they have the spore sacs.

In the plantations and conservation areas of MLR Forestal there is life from the top of the trees to under the leaf litter. Above, howler and spider monkeys swing from branch to branch, among other species and below, the fungi kingdom develops colorful and silent. It is there, in the humidity, protected by teak leaves, logs and even animal manure, that 22 species of macrofungi live.

“Macrofungi are heterotrophic organisms, that is, they need the substrate that provides them with food because, unlike plants, they cannot transform energy into sugars through photosynthesis,” explains Enrique Castillo, head of Biodiversity Management at Forest MLR.

“There is an internal network below us”

Castillo dwells on an important element: mycorrhizae. “Myco refers to fungi and rhizas is roots. This is related to the function of fungi in forests. Fungi grow around the underground roots of trees and these (mycorrhizae) pass nutrients such as phosphorus to them, while that the plants supply them with carbon (the macrofungi). There is an internal network working below us and a whole relationship of interests that the fungus passes to the tree for its growth and the tree passes to the fungus for its survival. Mycorrhizae are around the underground roots of the trees, they are the little white fuzz that you see around them”, he explains.

The fungi kingdom is so vital that in Nicaragua one of the first known studies is that of Charles Wright in 1856. The biologist Castillo details that “since then the records of species have been increasing to a total of 184, according to data from the Ministry of the Environment and Natural Resources (MARENA), of which in MLR we have 22. There are other studies carried out in recent years, but they have not been unified, nor have the data been updated”.

The curiosities of the “bridal veil”

Among the most striking species that can be seen in MLR Forestal is the Dictyophora indusiata or commonly known as “bridal veil”. “He has a strong, rotten smell. It is a fungus of the Phallaceae family that is full of very unusual aspects. For example, they have a conical, rounded shape and their smell is part of their reproductive strategy because it attracts flies that approach and help the dispersal of the spores. In addition, the spores and the slime, which is a sticky substance produced by the fungus itself, form a web or skirt that runs from the top to the base of the fungus.”