Inicio | The economic potential of forest plantations in Nicaragua

The economic potential of forest plantations in Nicaragua 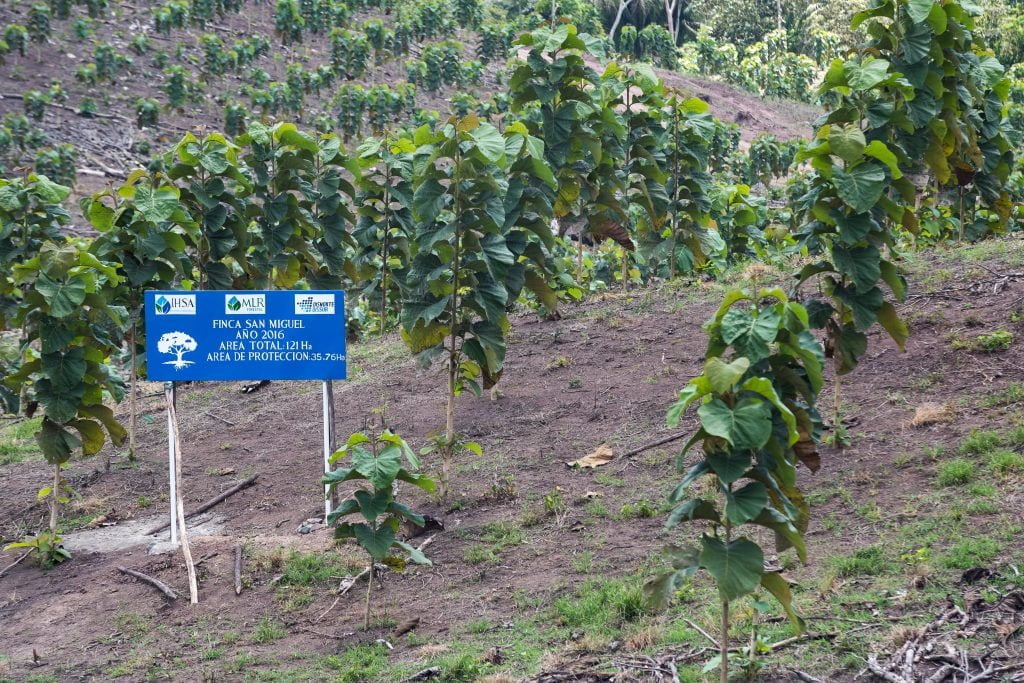 In recent years Nicaragua has taken some steps in the production of wood from plantations. To date, the country has some 36,000 hectares of exotic species; including some 9,000 conservation areas. However, at full potential these areas can increase up to 14 times; because some 500,000 hectares are optimal for establishing forest plantations in Nicaragua.

Forest plantations are created with trees of the same species or in combinations with others; They are not naturally generated forests but have been planted with the aim of commercially exploiting them for wood production.

Plantations take pressure off natural forests due to the supply of wood they generate; and by being located on lands that have been degraded for decades by the hand of man, they contribute to the regeneration of water sources, the protection of soils, the increase of biodiversity and the capacity to capture carbon, thus contributing to counteract the effects of climate change.

But the wood produced in them can be exported to the international markets; they generate formal jobs and promote the qualification of agricultural labor.

An study published in 2018 by the Inter-American Development Bank (IDB), determined that forest plantations have great potential in the country, which, in addition to the economic benefits, would take great pressure off natural forests. It is estimated that the existing plantations can offer an annual volume of 840 thousand cubic meters of wood.

In addition, the availability of land suitable for commercial plantations could reach 500 thousand hectares. So it is possible to expand the coverage of plantations. The resources generated by the export of the wood produced in plantations, would increase the income that the country obtains from the placement of its products in the international market.

They also generate other socio-economic benefits in remote and generally poor areas. These benefits include mainly job creation; the construction and maintenance of roads, highways and schools; the installation of basic services; and the promotion of education through scholarships and remuneration to teaching staff, say studies by the Food and Agriculture Organization of the United Nations (FAO).

The sector can generate development and protection

According to Carlos Domke, manager of MLR Forestal, despite the great potential of the sector, the national forest policy could bring better results if it were to be a tool for promoting forest plantations. Therefore, the surface of the established plantations is still small to sustain a large industry that would generate additional and quality jobs. Domke is of Chilean origin, a country where the forest industry is highly developed.

According to the IDB diagnosis, there is a severe lack of statistics related to the generation of employment in forestry. But it is estimated that in 2016 the entire forestry sector of the country (timber sector and plantations) employed 80 thousand workers, of which plantations still generate a small percentage.

According to MLR Forestal executives, the impact that the industry has on job creation is growing, presently the greatest impact currently occurs at the field level; as the plantations develop, but the exponential impact will be seen as these plantations mature and the use of this wood gradually industrializes, generating more development and protection. <

Ove Faurby, manager of Norteak, a company that has forest plantations located in an area between Boaco and Matagalpa, says that associated to this activity there is the introduction of new technologies that require skilled labor. This represents an important difference in traditionally livestock areas whose activities do not require specialization; and therefore do not provide great development opportunities for workers.

“The activity in the plantations requires the handling of machinery, making calculations and inventories, dosing the use of chemicals and other skills. So the jobs we offer become an opportunity for young people in those communities who aspire to more, who want to study, prepare for a better life, ” says Faurby.

According to the representatives of the reforestation companies, the jobs they offer provide other benefits to the workers. Among them, affiliation to social security that guarantees health coverage and an old-age pension.

Given the lack of qualified labor, the companies in the sector have had to bring specialized personnel from abroad to direct the projects; but that knowledge is gradually been transferred to the local staff, for which they choose employees with greater academic preparation or desire to continue studying to train them.

MLR Forestal, an important source of formal employment in the Northern Caribbean

In the case of the agroforestry plantations that MLR has on the North Caribbean Coast, an area dominated by artisanal productive activities, the company has become one of the main employers. It currently employs about 500 people; and the expansion of activities with the introduction of cocoa plantations could increase the labor supply up to 800 people.

Of the 5,126 hectares of MLR Forestal, 2,400 hectares are planted with teak and 1,050 hectares of cocoa in association with teak for shade, and 1,720 hectares destined for the exclusive protection of the forests and biological diversity of the buffer zone of the Bosawas Biological Reserve, in accordance with the Sustainable Development Goals (SDG).

To this is added the socioeconomic benefits that are provided to the communities. For example, in order to carry out its activities MLR has had to build a series of roads; but these also facilitate the mobilization of the inhabitants of the communities.

“That also allowed the electric power service to come in; now there is a bus that goes and comes along those roads where before only mules traveled. Education has also improved because in the communities close to the plantations, we help them with the infrastructure and school supplies for the children because we are interested in having staff with greater capacities in the future,” explains Domke.

In the case of Norteak, Faurby says they support the initiatives promoted by the communities; and bacause they are the largest company in the area they give the greatest contribution. “We have supported the repair of roads; for the water Project we provided the pipes. One community didn’t have a cemetery so we got them the land and now they have a place to bury their dead,” says Faurby.

Plantations are young but are already generating income

In Nicaragua the forest plantations are still young and are in the thinning stage; which is the pruning of less developed trees to make room for the more developed ones. In 2018 this activity produced 30,500 cubic meters of wood and 48,600 cubic meters in 2019.

These volumes grow every year and within three or four years could guarantee the export of between 3 and 4 containers per day only of teak, which is one of the varieties most used in plantations

That is why when the plantations reach maturity and the full harvest phase, they would promote the development of the industrialization of the sector. Not only to export processed or semi-processed wood; but also to transform it locally.

However, Faurby warns that the industrialization of the sector in the communities where the plantations have been established would face limitations. Since an industry cannot be established in areas where there are no good access roads or the electricity service is deficient.

It is time to adopt a forestry vision in the country

The IDB study considers that with an adequate investment attraction plan to take advantage of the potential of soils for the establishment of forest plantations; in the next ten years, employment in the sector could grow at a rate of 15 percent per year. Starting with 28 thousand jobs and reaching 80 thousand. And that the sector’s exports could go from about 30 million dollars annually to 45 million dollars.

“For all this, forest policy must be channeled to favor sustainable production and attract investment. This is an good moment to reformulate forestry policy in Nicaragua, since there is a favorable international context for the sector, and numerous initiatives in the world towards the productive restoration of forests, promoting their private investment ”, recommends the IDB diagnosis.

Domke, from MLR, explains that “at some point Nicaragua will have to take that step towards industrialization. But for that a country policy is needed that identifies with the forestry issue. Countries that are successful in forestry have taken it forward because they see it as a priority for the country”.