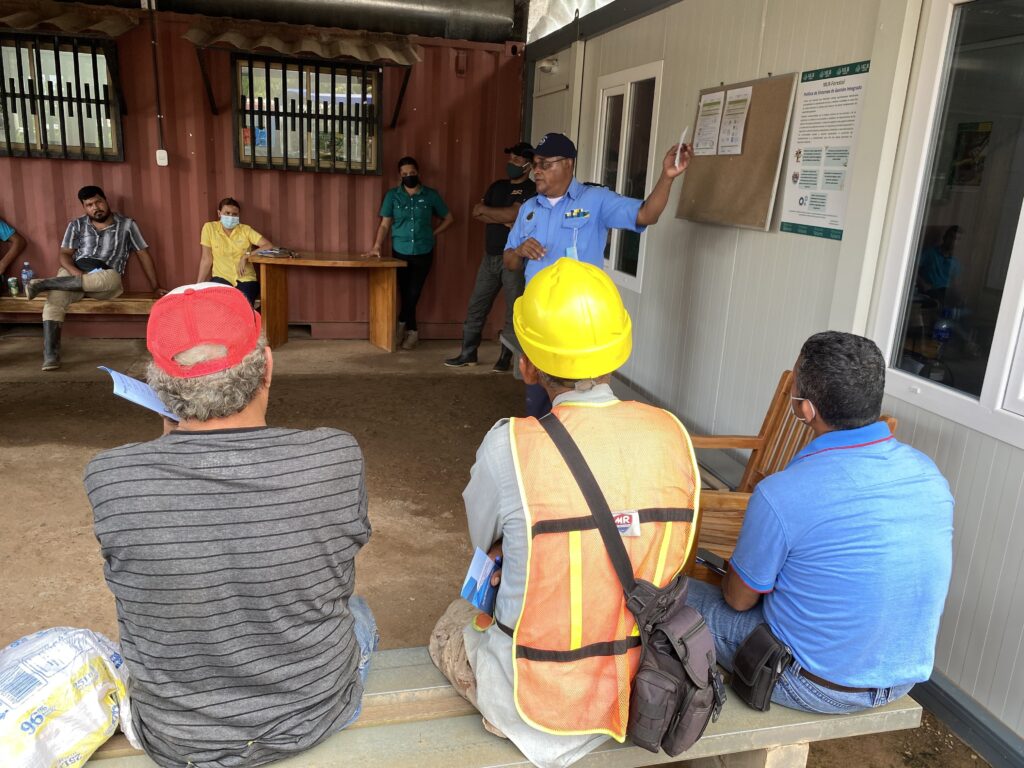 The Traffic Police has provided training on the Traffic and Road Safety Law for MLR Forestal personnel.

In this year 2022 MLR Forestal has increased its workforce. According to data from the company that operates mainly in the municipality of Siuna and also has plantations in Bonanza, it went from having an average of 570 workers in 2021 to 701 by June 2022. These numbers may continue to increase because as the operation expands, so does the staff.

“Logically this means that we are receiving many workers from the field, some who had never formally worked. In addition, we have camps where they live collectively and we must have certain controls, norms and rules to avoid problems of coexistence between them. Similarly, in the area has increased vehicular traffic, we have more workers with motorcycles because their economy has changed for the better, so it was necessary to talk to the Traffic Police to train these drivers and also our contractors; people who provide us with transportation services, which required accompaniment in issues such as defensive driving, knowledge of the Law and how to avoid traffic accidents,” explains Luis López, Sustainable Development Manager of MLR Forestal.

Agreement with the Commissariat for Women, Children and Adolescents

Lopez said the National Police reopened the Women and Youth Office in Siuna. “This reopening allows us to have an approach and training for staff on fundamental issues such as the prevention of alcohol and drug use, sexual harassment and the reporting route. In this regard, the Police Station has spoken first-hand with women and men to carry out preventive work. That’s how this relationship came about, which later became an agreement.”

This agreement was signed on June 14, its duration will be one year and proposes that talks will be given on:

In this way, MLR Forestal strengthens relations with all sectors of society, both community, educational and authorities, always for the benefit of the population of the area.