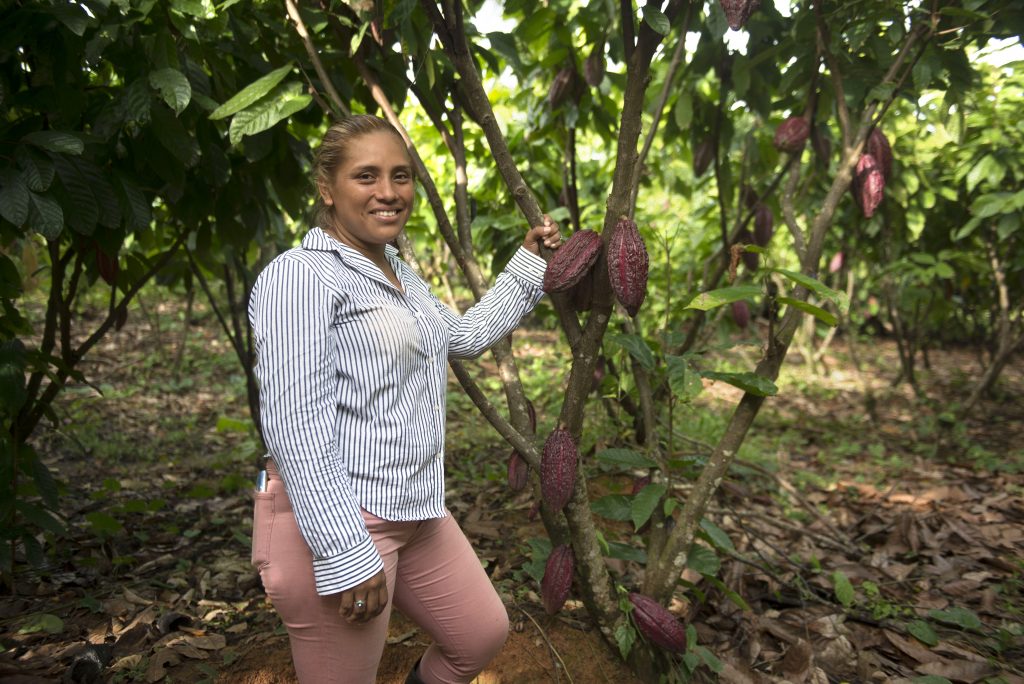 For Darling Granados, cocoa is more interesting than teak because "teak grows, but in cocoa there are clones, varieties and a lot to learn".

Darling del Rosario Granados Miranda is 30 years old, but he is already part of the history of MLR Forestal. She started working in the company ten years ago, has been climbing her job with effort and perseverance and knows both teak and cocoa.

Granados originally from Wani, Siuna. She is the mother of a twelve-year-old girl and a four-month-old boy, she started in the company’s forestry area. Currently her husband also works in MLR, as a field assistant.

From teak to cocoa

“I started as a field worker, I spent two months in that position, then they gave me a crew in charge for a year or so. At that time only teak was planted. Later I was promoted to the monitoring area, I was there for three years, then I was a teak supervisor for about three more years. There I was in the digitization part, as a forestry assistant ”, recalls Granados.

After exploring and growing in the forestry branch, it was required in cacao. There she was head of postharvest and was in the storage area, processing, fermenting and selling cocoa.

“When I started in the cocoa fermentation process, the volume was low, so I helped the area manager, but when the volume grew, they left me in postharvest. Right now, when I returned from my maternity allowance, they promoted me to a cocoa supervisor. This new position is 20% office hours because you have to do planning, but most of the time it is in the field, “he explains.

The desire to continue learning

Granados remembers that when he started at the company he had only passed high school. Despite being interested in continuing to study, she could not do so for financial reasons. “When I entered here they motivated me, they told me to study something. I tried, I passed two years of Agroforestry Engineering, but time did not allow me for the responsibility that I had and I had to leave the university “, he details.

However, this young woman still hopes to finish her degree and trusts that “now it will become less difficult for me because I have a lot of practice and I like to read and investigate when I have doubts about something.”